The Lumuyu Rock Carving is situated on a small hill, about 62km from Tenom town, 30-40 minutes from Bekuku Village, Ulu Tomani, Tenom District. The rock carving is rare and was discovered by villagers in 1971. Measuring 25ft. by 32ft., the weathered sandstone boulder is carved with unique patterns of human-like faces, foot prints and many other patterns. According to folklore, the carvings were made by six brothers to release their grief at the loss of their youngest brother who was murdered. An exhibition gallery on site provides more information about rock carvings in Sabah. The Lumuyu rock Carving was gazetted as a cultural heritage on 19 May 1999.

Note: Mini-bus/ 4 wheel drives run no fixed schedules in Tenom town, so it is advisable to plan and confirm transportation before departure. 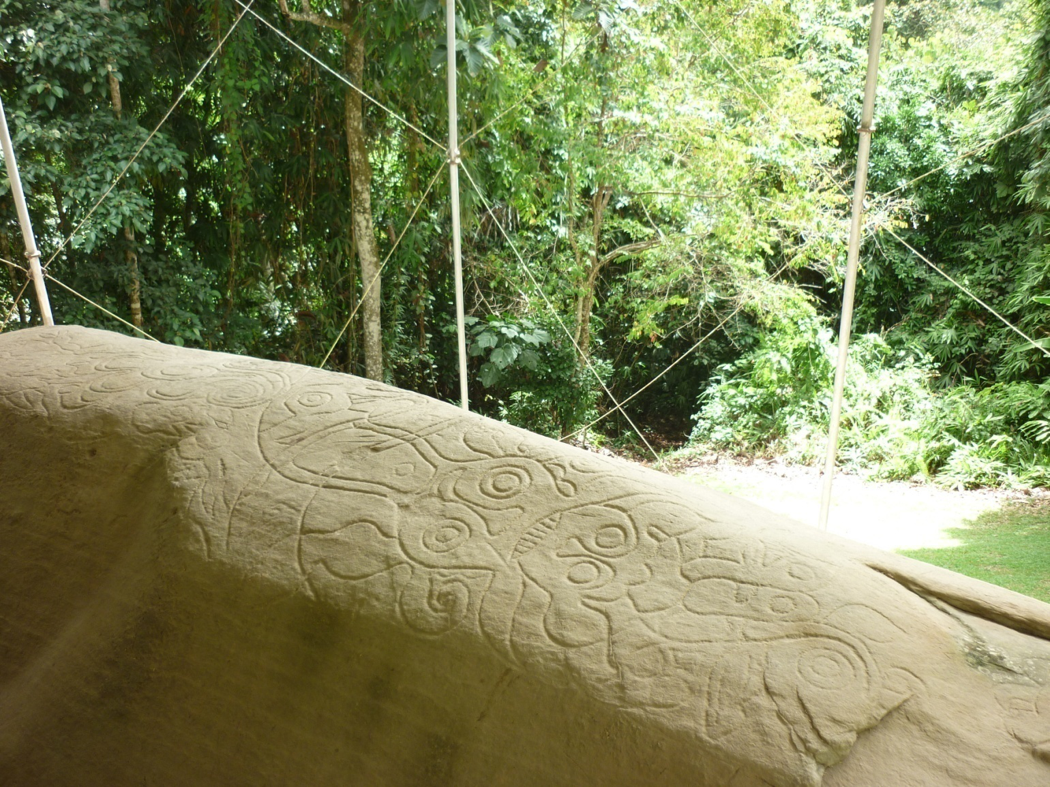